Last weekend (28th June) i went to Galway with all of my friends for a 21st party, it was great crack, we initially decided to stay just for the Saturday night and go home on the Sunday. We got up really early on Saturday morning at 6:30am and went to the train station at 7:30am, we had to get a train to Dublin then onto Galway from there.

The train ticket cost €68, for a return ticket. When we arrived in Dublin and made our way to the train there was a massive line, we had to sit on the train’s floor for 3 hours to Galway! That really annoyed everyone since it was really warm and packed. When we arrived at Galway it just got better from there. We were staying in the college student accommodation, these rooms are rented out for the 3 months that the college is closed. They were brilliant, they only cost €35 a night and you got free travel in a mini bus to and from the city center, and we got free breakfast the next morning!! all included in the small price of €35.

We went out that night and since it was our friends 21st we were all dressed as pirates (ARRGH!!) We had  a great time everyone seemed to like us and were taking picture’s of us and everything  after a great night of partying we all were looking forward to a good night’s sleep, however it would have to be cut short since check out time was 10am sharp!!

When we all got up we decided that we would stay an extra night so went down to book the extra day, they said it would cost €60 for the extra night since we were booking it with such short notice, but then they told us that if we went into town and booked it through there website it would be even cheaper! And indeed it was it was only €30 to stay on the Sunday night, €5 cheaper than the previous night this was because it was a Sunday.

When we had it all sorted out we went around the city center and looked in the shops and had lunch, then after lunch we were passing a group of people setting up a mat on the ground, they were going to be putting on a show so we decided to sit and watch it, it was brilliant they done loads of acrobatic performances. Here they are in the pictures below. 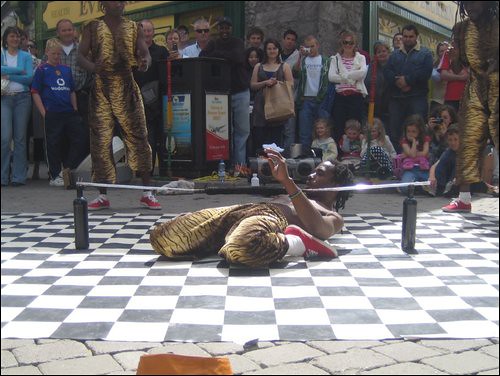 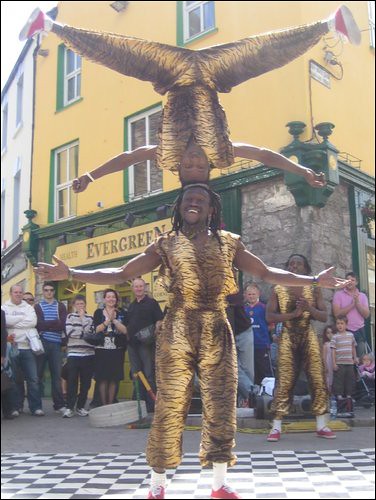 That was a brilliant show

Later that day we went and lay about in Eyre Square 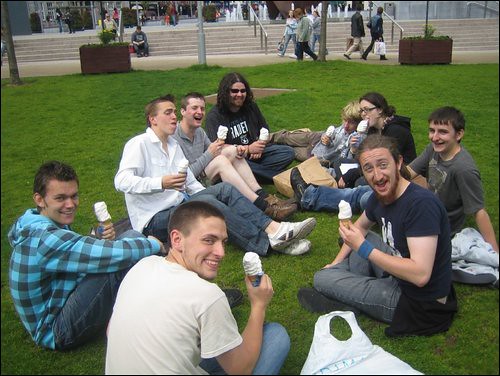 Later that night we just had some drinks in the apartment and had the crack!

The place we stayed in was called Corrib Village

It was definitely a great trip to remember! 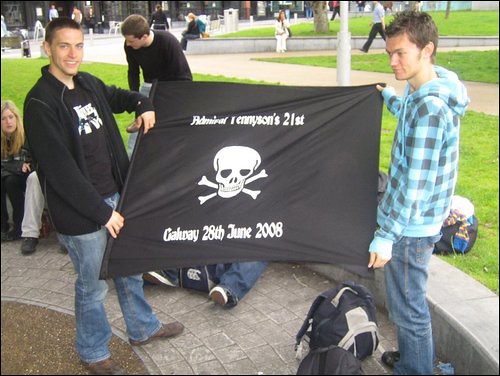