As a few of you may have noticed my photo challenge has suddenly stopped, I had been doing really well, up until last Thursday (June 17th). But then it came to the weekend and I decided that I was going to take a break for the weekend and then make a post on Monday with all the different photographs that I had not put up.

Bad idea! It made me slip into a sort of low point in terms of workflow. For over a month there had been regular posts each day on my blog, whether it was a photo post or just a general blog post, there was always something new here on my blog. Taking that short break over the weekend just messed everything up!

So how did it happen? When it came to last weekend I was just completely wrecked. I was in no form to do anything online so I pretty much stayed away from the computer, the only time I really used the internet was on my iPod! The reason I was so tired and still am now is because I have been working a lot lately, getting extra hours since it is the summer and I am off college and I usually end up staying at work late, all that takes its toll after a while. I also now have my house to myself as my parents have left for their holiday, so I am enjoying the comforts of doing whatever I want! 😀

I have also recently become very addicted to playing the Xbox again! The game this time is called “Red Dead Redemption” and if you haven’t played it I would definitely advice you to get it! Here is a trailer of it below.

This is probably the best game I have played in the last 3 or 4 months, I think it is much better than Grand Theft Auto (GTA), the creators of Red Dead Redemption (RDA) are the same people who made GTA. With RDA there is loads to do, even if you don’t want to do the missions for a while, you can just go out and roam the countryside or go to other towns. You can play games like poker or you can go out hunting!

Hunting is great fun, once you kill your target you can skin it! By doing this you gather some meat and also the hide of the animal which you can sell in the local market to make money. Apart from leading the good life in the game, you can choose to go down the evil route. Becoming an outlaw and wrecking havoc on the place is great fun. It makes the game really interesting, when you commit crimes, most of the time a bounty will be put out on you, the more crimes you commit then the higher the bounty becomes.

Once the bounty gets really high, it becomes difficult to get rid of it! You have to either receive a pardon or pay it off! That is where the hunting comes in, it is quick money, but takes a while before you will get the right amount to pay off the bounty. Bounty hunters also come after you if you do not pay for the crimes you have committed.

All in all it is a incredible game, I have only been playing it 5 or 6 days now and I still can’t get enough of it! So if you have an Xbox or ps3, you can get it, as it is available on both platforms! 😀

And just as a little side note, if you have an Xbox and you use Xbox live, then add me on it if you want!  My gamertag is CopperNob , don’t ask about the name, I just found it hilarious!

Anyway back to the photo challenge, will I continue with it? Probably not, I just simply do not have the time, I will admit failure on this challenge 🙁 although I did not succeed fully with the challenge I did give it a good go. Not bad for my first attempt at setting myself a challenge, I have learnt a lot from this challenge though. The original reason for this challenge was for me to get off my ass and start using my camera that I had recently bought, and by doing this I started to go to different places such as Dublin Zoo, hiking up Sliabh Gullion (blog posts which I still need to get done!) and I also learnt a lot about Photoshop and how it works, which was the second part of the challenge, so I am happy with what I have managed to learn and I will take this onboard for the next time I set myself a challenge!

This Crane has a large bucket, the reason for this is because a lot of grain gets brought through this harbour, and it is stored in a large warehouse, the big bucket is needed to transport this grain from boats into storage. There are also other products imported at this port.

Below are two photographs, the first is my original photograph and the second is a more cartoon version of the crane. 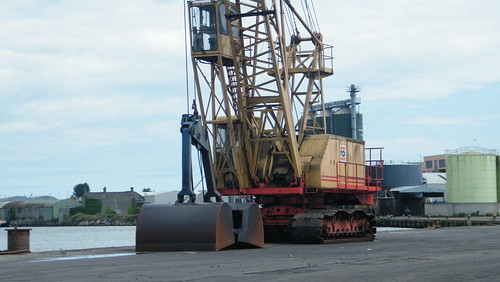 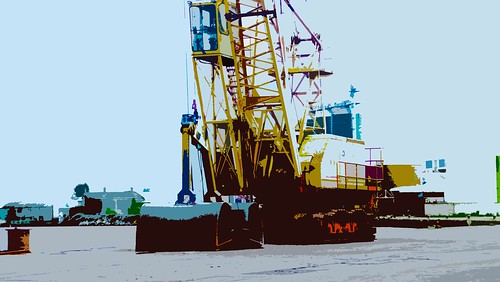 A while ago I posted an update to twitter saying that there would be no blog post tonight. The reason for this was that I was out and did not think I would make it home to get a post made.

Now however I am home and I am just going to put a post up anyway :D. Today’s photograph is of a Chameleon, this is a photograph from Dublin Zoo.

If you want to know more about Chameleon’s you can on this wikipedia link. 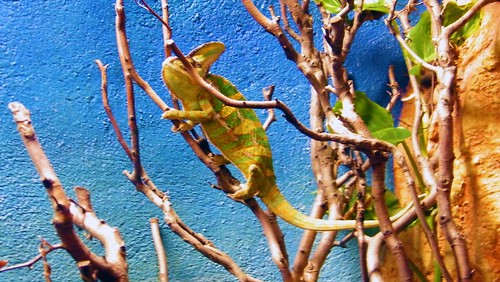 Today I just have to say is probably the laziest photograph I have added to this challenge so far! I am now half way through this challenge and since I have been working all day I have decided to take it easy tonight.

Today’s photograph is actually a photo of myself! 😀 A while back a made a background for my twitter profile, and I edited myself into a design, so the first photograph today is my twitter background. I cannot find the original, I would of posted that too.

The second photograph is another one that has been edited in Photoshop, I decided I cannot be completely lazy so I had to do something, I have changed myself into a semi-cartoon person, basically I am now an arrangement of colour! 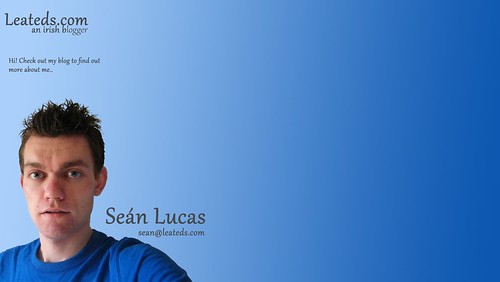 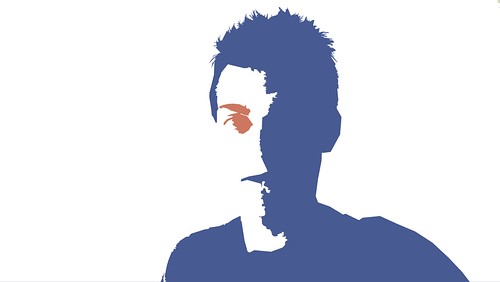 Today I went around the town where I live to take a few photographs. So for today the photograph I am going to show is a few boats in the Harbour here in Dundalk.

The second photograph is a much more vibrant version of my original photograph, I turned up the saturation and used Photoshop’s curve feature to change the depth of the colours. I think it turned out fairly well! 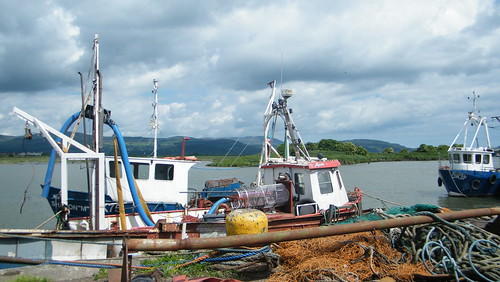 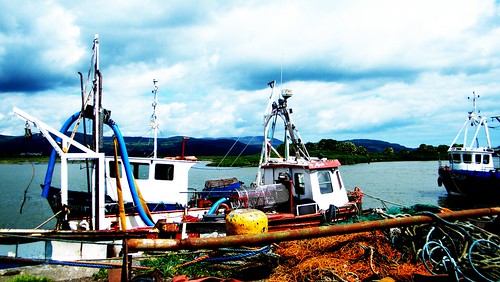 You can see even larger versions of these photograph’s and all my other photographs so far in this challenge over in my Set I created on Flickr!