I enjoy messing about with computers and learning new ways of doing things or how to get the most out of a computer. Having knowledge of how a computer operates is very usefully when something goes wrong.

I have been using computers now for about 10 or 11 years and since my first day with them i have now become a lot more familiar with fixing problems. Before when i had little know-how on how a computer operated i would have to get someone down to have a look at the computer and fix it. So they would usually end up taking it away and then coming back a day or two later saying it would cost a fair bit of money.

I reckon that whenever a tech person takes away your computer, they probably have one look at it and most likely 99% of the time they will know how to fix it and it will probably only take a few hours, in most cases a run of an anti-virus program would sort out most problems. Then in that other 1% a more in depth investigation will be required to find out what is the problem.

Since i have such an interest in computers i was keen to find out how to fix them. Now if something goes wrong with my computer i can fix it easily with no hassle at all 😀 . It saves you so much time and money. By fixing it yourself it will not be broken for as long since you do not have to wait for your computer to be returned to you and also you do not have to pay those mental fees people try and ask for!

I talked to a few people before and they told me that they would take it to a PC clinic, like the ones they have in PC World. Before most places like this even look at your computer they will straight away charge you a standard fee of €50! That is just mad money, then on top of that you will get charged for any parts required etc…

Friends of mine always get me to have a look at their computers, and most of the time it would be something simple to fix such as a few viruses or maybe some spyware or even errors that have occurred. A lot of the time people ask, why is my computer going so slow?

A few simple things could be done to fix that big problem that you have, first make sure you have enough space on your disk drive, check for viruses / spyware , remove unnecessary programs,  and try a defrag of your hard drive. Most of the time that will work no problem and you will have your computer back up and running smoothly again.

It is strange that whenever i start to fix one person’s computer, suddenly loads more computers break and i end up getting asked to fix them. I think it is odd that they all break around the same time as each-other, or maybe it is just me thinking they do. I enjoy fixing them, and it also gets me a bit of money on the side whilst i am not at work 😉 .

A few days ago i decided it was about time i bought a new mobile; i had been hoping to get an iPhone however i am not willing to fork out up to €600 to get one. So instead i decided to

get a really great phone made by LG.

The phone i bought is the LG GW520; it is a great phone and was definitely worth buying it. It has a touch screen and even has a full QWERTY keyboard which slides out from underneath it, so anyone who is good at typing and knows where all the keys are, then you would really like this phone 😀 .

So originally my network operator was Vodafone and when i was looking about for a new phone the options they had were pretty lame, so i decided to have a look at o2′s phone’s and they were so much better, they have a lot of ‘ exclusive to o2 ‘ phones, and the LG phone i bought was one of them.

The phone only cost me €199 and you even get €50 free credit, what more could you ask for 😀 . The stupid thing was that since i wanted to change over from Vodafone to o2 there was going to be a bit of trouble.

Since i had once been with o2 and then went to Vodafone, in order to go back to o2 once again it requires some kind of special sim card. So it turned out they had none of the sim cards that i needed left in stock in any of the stores in my town so i had to wait about a week before they would have them! Like how do you run out of sim cards?

The stupid thing is that if i had been transferring over from Vodafone to o2 for the first time then they could have given me a sim card no problem or if i wanted a new number then it would not have been a problem either. The thing i would like to know is, how sim cards are so different, surely they are all built the same way.

So to port my number from the Vodafone network to the o2 network took a bit of time, but it was definitely worth it, the price plans are slightly cheaper with o2 than Vodafone.

I also looked around online to buy my LG phone and even considered getting it unlocked so i could of used it on Vodafone, but it worked out more expensive and o2 seemed to have the best deal on it. 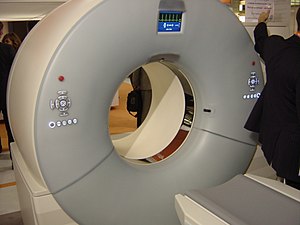 For the past six days i was in hospital. Originally i was only supposed to be in for three days however after a few tests they soon found out that more in depth tests were required to try and find out what exactly is causing the problem.

The reason i went into hospital was to have tests run to see what may be causing my high blood pressure; it is usually unknown what actually is causing high blood pressure however it is always best to be safe and have a check anyway.

I had a lot of different scans and tests carried out. Over the six days i ended up staying in for i had multiple scans including a ultra sound, CT scan, echo scan, chest scan. I also had other blood test carried out on a daily basis, and also had a biopsy.

The list really does go on, quite far! Anyway after this long list of tests it turns out that most likely there is an actual underlying cause to my high blood pressure. Apparently my kidneys are not working nearly as well as they should be so that is the most probable cause of the high blood pressure.

So if a solution to getting my kidneys working better can be found, which is why a biopsy was done on them, then it could possibly fix my high blood pressure 😀 . Anyway it is great to be home again, being in hospital for a few days really can become boring since you wake up at 6.30 in the morning and usually don’t go to sleep until 11.30 to 12.00 that night!

Away Into Hospital Tomorrow

Tomorrow i will be checking into the hospital in Dublin. The reason i am going in is because about 2 months ago i found out that i have high blood pressure.

I have had some tests done already as i said before, and now i am going in for a few days of tests just to rule out everything and hopefully find out the main cause of it. It is considered fairly rare to have high blood pressure in my age, 19, so just as a precaution more than anything i will be in hospital for the next 2 days.

Posts here lately have been very few; i did start off this month running with a few posts everyday however i soon found it difficult to find time to get online to add some new posts.

As i write this post i have my laptop beside me adding some TV Shows to it so that i can have a bit of entertainment while in hospital, also i have added music to it and also i intend to bring my earphones, so that i can listen without annoying others, other than bringing my laptop i will be bringing a book to read 😀 .

As I write this post, I am currently transferring files to a back-up hard drive so that I can wipe my entire pc. It has been a long time now since I last wiped everything.

It is always a long and very tedious process, trying to figure out what I need to keep and what I should get rid of. I have over 300 GB of files on my pc and then I had another 300 GB on my external hard drive before I wiped it.

I still had files from back in 2006; I just would not let them go. So now I have just gone through all my old files and deleted everything that I found a waste of space and then moved everything to a separate folder that I want to keep.

I know it is stupid to have so many files, however over time I just end up firing everything into one folder and then everything just basically gets lost. Once I wipe my computer I intend to completely organize my folder structure, before I copy anything back onto the main hard drives I will set up folders for certain things such as music,video,pictures etc..

Also when I wipe my pc back to factory settings there will be a lot of work to do, first I will have to remove all the crap that comes with the computer, then get all the latest windows updates, then I will have to do a bit of tweaking with performance, then add the programs and files back in. It will most likely take the guts of at least a day in total to get everything how I like it.

I will have to sort out the computer when I have free time between work. Then once I am happy with how the pc is, I will run a disk defrag just to get rid of all the files that should not be scattered all over the place.

So if all goes to plan I will have a lightning fast computer, by this time tomorrow 😀 .