Last Friday, June 12th, Facebook launched a new way of allowing there users to share links to their pages that would be easier to remember, in the form of a username. The launch in Ireland would have been at 5am GMT so I decided I was not that eager to get a username so I decided not to stay up 😀

However the next day I got up and tried to get my name as my username but I couldn’t so I settled for leateds! so instead of having a easily long url to give out to people so they can find my page, usually people will end up misspelling url’s that are long, now all they have to do is go to a really short url: www.facebook.com/leateds , its much simpler.

So the idea of being able to finally get a username seemed a big hit with everyone on facebook, so within the first 3 minutes of facebook beginning to issue username, over 200,000 were registered, that is just mental :o. 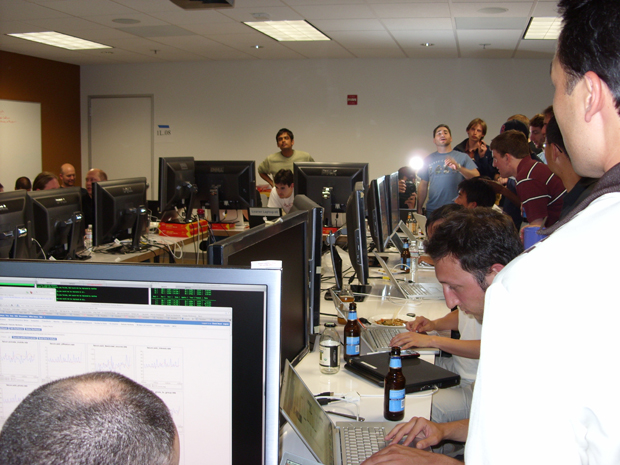 And then when the first hour of username registration passed over a 1,000,000 had been issued! The biggest worry that facebook engineers had was how they were going to prevent there site from crashing with the most likely sudden burst of visitor traffic, so they made a lot of modifications on ways they can improve the quality of the site and reduce server load requests. And they ended up being successful because there site did not go down, which is amazing considering the amount of traffic they received.

– It took 3 minutes to reach 200,000 usernames registered. That’s an astounding 1111+ registered per second during the first minutes of the feature release.

– After 15 minutes, the number of usernames jumped to 500,000. The pace slowed down, but there is no laughing at 555.5 usernames or so taken per second. How many other websites could handle that type of load?

– By 10:01 PM PT, a full hour after release, around one million custom URLs had been claimed. That’s an average of 278 usernames per minute or so.

So basically a lot of usernames have been registered since the launch. I wonder why facebook waited this long to release usernames, most social networks had them from when they started out, and considering that facebook is one of the biggest sites in the world, you would think they would of had usernames by now! Anyway for more info on username registration, check out the blog post over on mashable.com

You can get yourself a username by going here, before they are all gone ;), well not all of them, but all the good ones!