I have always wanted to have a big set of headphones. The sound that you get from the bigger headphones is far better than earphones. I find that when it comes to a certain time at night, playing my music too loud will disturb others so I used to turn off my speakers and not listen to my music after a certain time. 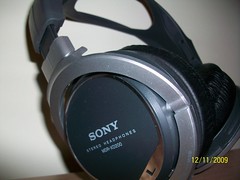 No point just turning down the music! Music is meant to be played loud in my opinion, the louder the better 😀 . So I went looking for a cheap enough pair of headphones on Amazon, after a while of looking I came across these, Sony MDR-XD200 Stereo Headphones – Silver

, they looked good and had been given some good reviews, and had an overall rating of 4 out of 5 stars, so they had to be good enough, so I bought them 😀 .

Here is someone else’s thoughts on the Sony headphones:

I recently purchased these headphones to listen to Mp3’s via my PC.
So far I have to say I’m impressed. I wanted a big pair as we have two PC’s in the same room and I wanted to listen to my music rather than gameplay behind me. They are not too heavy and I sit here for hours at a time and can with these on quite comfortably.

I have to agree too, the headphones are comfortable, and for the price at €16.49, I thought I might as well get them! Now don’t expect the sound quality to be the same as a set of headphones that cost €100 or €200, obviously the more you spend then the better the quality will be. 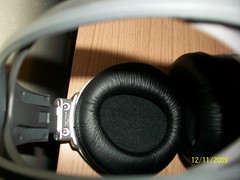 However when I got these in the post they were much better than I thought they were going to be, I personally think that the sound is great, and they are definitely good enough for what I want 😀 . 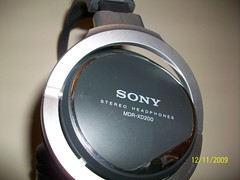 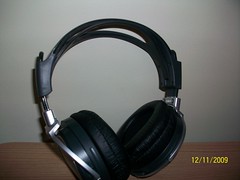