After three years of work I finally graduated from college yesterday. Everyone had to pre-book the robes for the ceremony online a few weeks prior to graduation day, then on the day itself we picked them up in the nursing building. 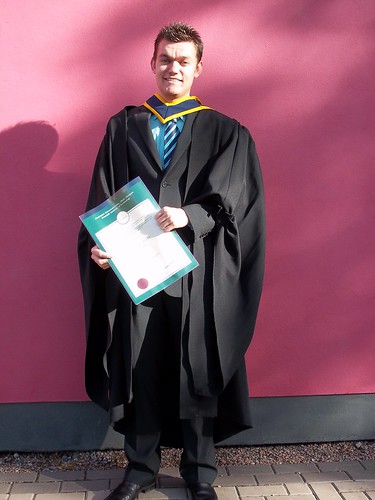 The ceremony started yesterday at 1pm but everyone had to be there in their seat 20 minutes before the start. I arrived at 12pm just so I could get organised, getting my grad ball tickets, robes and meeting up with people before we went into the graduation hall.

The ceremony itself was actually quite short, it started off with a brief introduction with some heads of the college and then it was straight into the calling of student names to collect the certificates. Each student was called by the head of whichever department your course was in.

Once my name was called out I went onto the stage, shook the college presidents hand,  got my degree and then went back to my seat, I was a little nervous once I was in the queue waiting to go on stage, I was fine while I was sitting down beforehand! 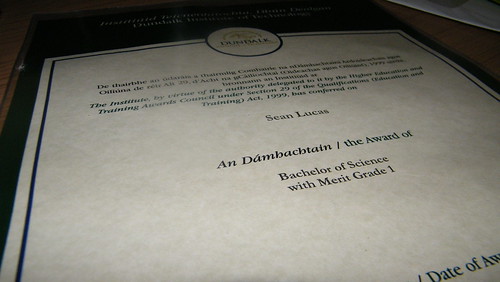 After all the degrees were given out a short speech was given again and then everyone left. Followed by the ceremony was what seemed like paparazzi! Everyone was taking photographs of everyone, as the photographer said later to us when our class was getting a group photo “Enjoy it”, sure why not it only happens a few times in your life if you are lucky. 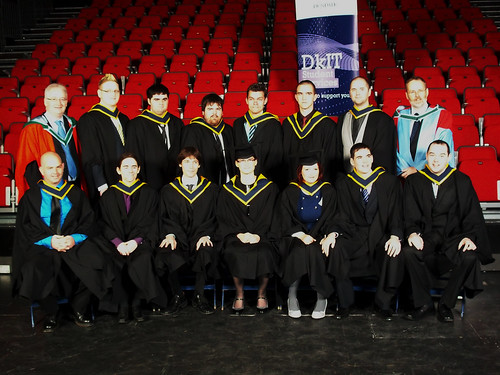 Later I went out for some dinner with my family and then I went on to the graduation ball which didn’t start until 10.30pm! Quite late I thought, it went on until 2am. It was definitely a great day & night overall and with a bit of luck, this time next year, I will be doing it all over again!

So I now have my first ever degree and I could not be happier, the degree I received was: Bachelor of Science in Computer Applications & Support with and overall grade of Merit 1.