by Sean
in Blog, Comedy, Movies 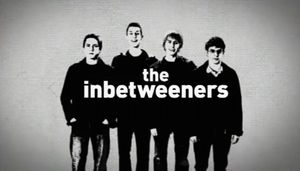 Last weekend was the premiere for the new Inbetweeners film. I have been looking forward to this film for a while now. This originally started as a TV show and after three seasons it has ended with a film. The film is about how the four lads have just finished up with school and are going out into the world. Just before they take the dive into going on into college or getting a job they decide to go on a lads holiday to Crete, their first holiday with their family!

As expected this film is hilarious and full of plenty of ‘cringe’ moments, if you can watch any of the episodes without having some reaction in your head saying ‘oh god no!’ then fair play to you! This is a film that i would highly recommend going to see, if you like that sort of British awkward humour or any comedy in general, then this is the film for you.

Apparently the film t cost about £3.5 million to make and after just its first weekend it has already raked in over £13 million, which has pushed it to the top of the list, which is now the highest grossing uk comedy during box office week. I can only imagine that it will earn a lot more and i reckon it will win an award or two.

You can also tell how current the film is, the music used in the film is really up to date, whenever you watch films the music that is in the Inbetweeners is not heard too often. My favourite scene in the film is by far neill, simon and will doing their dance!

I went had to go see this film in another town (Newry) as the local cinema where i live for some reason refuses to bring in certain films, supposedly it is something to do with an argument they had with one of the supplies about pricing and now for the past few years the cinema has missed out on some pretty big films including The Inbetweeners. I reckon they should just pay the asking price because they would definitely make their money back, especially with the prices they charge!