Over the last 24 hours I have been busy with getting my computer into a good performance level for this summer.

To do this I decided to fully format my computer and start fresh. Since I have a lot of files on my computer, I knew the longest part of this would be backing up what I need. That took a while, I ended up keeping about 90gb of files, this included some programs that I needed.

I also had to backup my iTunes library this was really simple, I just copied my music folder and then exported the iTunes library file and that was it done!

Since I am working on a few websites, some for myself and some for clients I backed up those files into a few different places just in case the hard drive I was using to back up the files managed to fail, it would be just my luck that it would and I would have to work my ass off to recover what I lost!

I backed up all my files onto an internal hard drive which I actually keep outside of my computer, it is just a spare hard drive I have lying around that comes in useful for doing just this 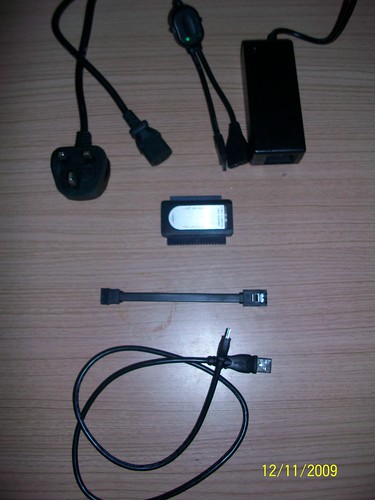 thing! To get my files onto it I used a set of cables I bought a while back which provide power to the hard drive and also has a usb cable for transfer!

The next step was just to format the hard drive, I always worry after I just push that format button, in case I forgot to back something up, it would be lost forever, luckily it hasn’t happened to me yet, and hopefully it never will!

I reinstalled Windows 7 onto the computer once the format was complete, it took about 20 minutes which is not a bad time for installing it but usually I would install it from a usb key, which only takes about 10 minutes, that is a much faster way of doing it however I didn’t have a spare usb key to put Windows 7 on so I had to do it using the disc.

I worked on this from 11pm last night to about 2am, in that time I backed up all my files, formatted and reinstalled windows and then once all that was done I started on getting all my files back onto the computer.

Putting the files back onto the computer was actually pretty fast and while the files were copying back on, I installed a few of my programs including my anti-virus suite (Pc-Tools Internet Security), iTunes and Tweetdeck.

Once the files were back on the computer I organised them into a better order than I had them before. I used to have my pictures, videos and documents all mixed together, now I have them in separate locations, that should help me find things quicker in the future!

I decided that was enough for one night, which was actually the bulk of the work complete. Today I just added on the last of the programs I use regularly, such as Microsoft word, FileZilla (ftp program), Gtalk, msn, Photoshop and Dreamweaver.

The reason I wanted to reinstall my operating system was because over time your computer tends to become slower than usual and doesn’t perform to its best abilities, this can happen from parts of programs being left behind when you uninstalled a program, it also frees up space. Also any entries in the registry that are not needed are completely gone now so the registry is smaller now since there is basically nothing on the computer.

Now my computer is working much faster, I do notice the difference. The boot speed has drastically increased, which is great! 🙂