First off, I meant to get this post up on Thursday, but as I have said in previous posts, work seems to be taking up a lot of my time.

So Kinect came out here in Ireland last Wednesday (November 10th) and I had planned on getting it that day, it didn’t work out that way so I ended up waiting another week and I got it this Wednesday (November 17th). I also decided to get the new Xbox too, my old one is four years old and I am actually surprised it is still going, it also only had a 20gb hard drive!

So I got a huge upgrade on Wednesday in terms of gaming power, I now have a 250gb hard! The main thing I notice are how quiet the new machine is compared to the old one, I actually have it on in the background now and I can’t even hear it, my old one was quite loud! Another thing that stands out the most is the size difference, it is so small compared to the old Xbox and the POWER BRICK its to tiny and light compared to the old one! Below is a picture of my old and new Xbox, side by side! 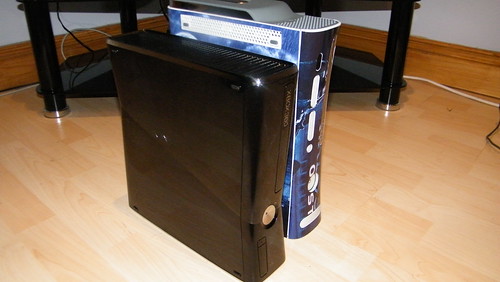 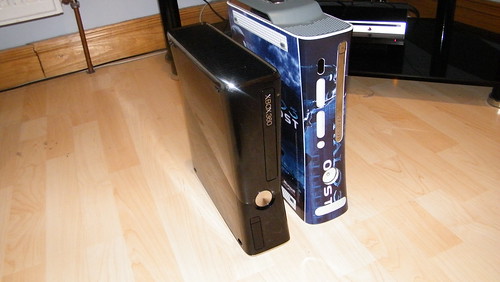 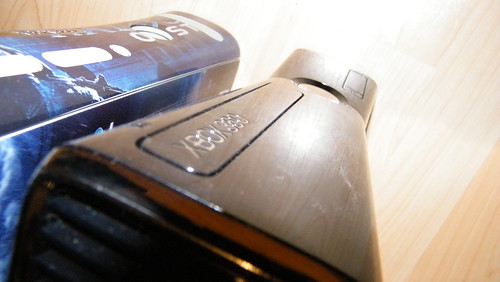 And now onto the main part of what I bought, Kinect! When I first took it out of the box, it was definitely a lot bigger than I had thought, when I was in Dublin a few weeks ago at GradIreland I saw it there but didn’t get to see it up close, and even though it is fairly big, it’s not that heavy. Something that freaks people out is that the head of Kinect is motorized and moves about, I think it’s strange but interesting!

So once I finally got my old Xbox Live account transferred over to the new console I finally switched on Kinect and it was unbelievable. The setup was quick, and then I was straight into the game that came with in ‘Kinect Adventures’. This games is great crack, it has games from white water rafting to football like games and my favourite which makes little opstacales for you to doge and jump over, it is good fun and is tiring after a few hours of playing, at least I was :). 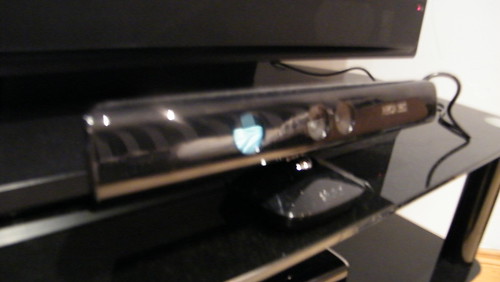 I still can’t believe how responsive Kinect is, and I can’t get over the fact I am using my hand to move stuff on the screen, it’s just seems unnatural, but it is fun all the same. I am looking forward to seeing more games take advantage of Kinect, and I am now looking forward to the next star wars game coming out because I understand now how useful Kinect would be for it!

I also bought the new Harry Potter game today, it too has implemented the Kinect sensor, I haven’t played it yet but I was looking though the Kinect features in the booklet and it looks like casting spells is where Kinect will be making the appearance, definitely looking forward to giving that a go!

Something that annoys me about Kinect though is that its advertised to have voice control, however what they didn’t say is that Ireland wont be getting it until spring 2011! Like we speak English, so does the UK and US and yet they have it and we do not, I do not understand it at all, surely they could just let us use it but instead we have to wait!

Something to note if you do get Kinect, I have a flat screen, the back is fairly big on it, at least as thick as the Kinect base, so I thought it would be fine to place it there, do not do this! I learnt it the wrong way! My Kinect sensor was calibrating when starting a new game and then the head on it went right back and tipped it over and it hit the ground, I nearly died when it happened, just spent a small fortune on it! Wasn’t going to have it break within the first few hours! So I now have it below my TV and it works fine there, although you need 6ft for one player and 8ft for two player so make sure you have a nice big room!

here is my setup of my Xbox and Kinect below! 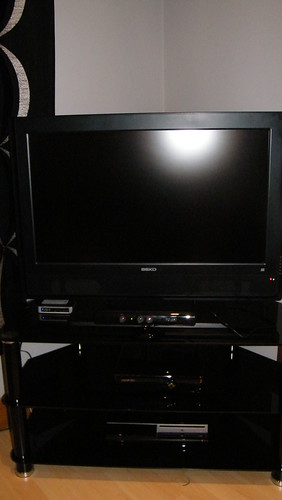