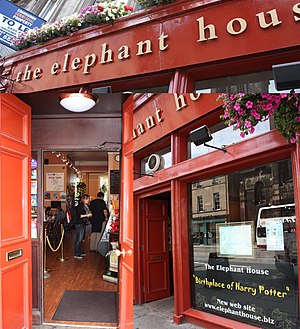 Its been about a week and a half now sine the final Harry Potter film has come out, i went to see the film the Saturday after the film came out, and being that it had the option for the first time in the entire series, i opted to watch the film in 3D!

I am fully aware of how much overrated 3D is, to be honest most films could do without it, usually the films i enjoy most are not 3d and i also feel the only films that actually work as 3d are cartoons, simply because they are animated and are fully created using computers and therefore can be worked perfectly using virtual cameras to make the best 3d high definition quality with eye popping effects!

Anyway that was a bit of a tangent, i saw the final installment of harry potter (Deathly Hallows Part 2) in 3d and i am glad i did. There was nothing over the top about it, nothing popped out at you, i had expected to see some spells going straight towards the audience, but nothing of the sort. They kept it simple, depth was pretty much the only factor of 3d in my opinion, and you got a greater feel of how large an area you were looking at.

The film is brilliant, definitely a great way to end the series, they seemed to of really made Neville into a huge role model and the battle scenes were great. Surprisingly though **SPOILER** when Fred died in the film, it didn’t actually show it happening! I thought this would of being a sure thing that would of had a big build up in the film, however they seemed to completely skip it until after the main battle when they panned to him lying there with his family around him, i think that this scene should have been included.

Although, like all of the other films, they had to cut parts out and it is expected that this would happen. Anyone who didn’t read the books wouldn’t have passed any remark on things like this, but i suppose as someone who read the books, you always want to see the whole lot made into a films, but others might not feel like sitting through hours and hours for a film!

Alan Rickman, who plays Severus Snape, was definitely the scariest character in the film, surprising since he was the hero in disguise and Voldemort was supposed to be the person of fear! I was wondering how they were going to tackle ending the film, in the books it skipped ahead to 19 years later, obviously the whole cast would be older and have there own family (they didn’t hang around with only 19 years) and the book ended with them all on the platform sending their own kids to Hogwarts.

When the ending came, i couldn’t help but laugh, literally out loud! Everyone in the cinema seemed to agree as they were laughing too! I was thinking they would attempt to make them look older by using some sort of computer magic, but this didn’t happen, i guess they thought if this was the last time they were going to be on screen for Harry Potter they might as well look as normal as possible. They way they achieved making them look older (only slightly older looking to be honest) was by lashing on a lot more make-up and sticking them into more formal / older looking clothes than they would usually wear!

Anyway it was a great film series and its sad to see its over, but no doubt there will be plenty of special features once the film come out on DVD. All that remains now is to go to the Harry Potter theme park in Florida, which is on my to do list! It’s a great excuse to go back to Florida again, it was great the last time and i am sure it will be just a good next time i manage to go!