As I said in a post a while back, I want to help out others by providing information that I found out which might be of benefit to others. So this is one of those posts which hopefully might help one or two.

I was working on two laptops which have multiple things wrong with them, they are both the exact same Toshiba Satellite Pro L300, this was great since I could swaps parts between the two to narrow down what might be wrong.

In this case, one of the laptops happened to have an issue with the video showing up on the screen, when I powered on the laptop the screen would flash then remain black, I then connected the VGA port to my monitor to test if there was video being sent and there was, so that was one issue sorted, there is video there.

Next I thought it must be the screen which has broken, the person who owns the laptop told be she hit the laptop off something, so naturally you would assume the screen was in need of replacement, this is where having the two same laptops came in handy.

Next I started to check the cables connecting to the monitor and they all seemed fine, good and secure. So the next set of cables I wanted to check was under the keyboard, these are the cables that connect from the motherboard / graphics card to the screen. To get to these, simply remove the grey strip, which is shown in the picture below. 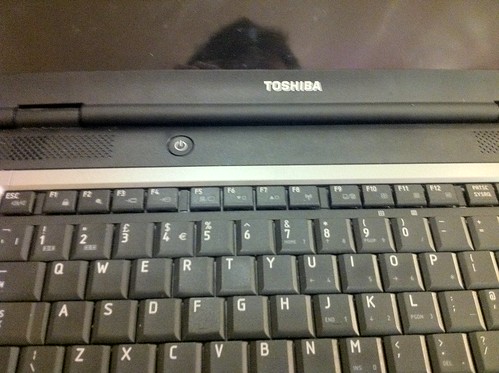 Next remove the two screws then gently push the tab in the middle to release the keyboard. 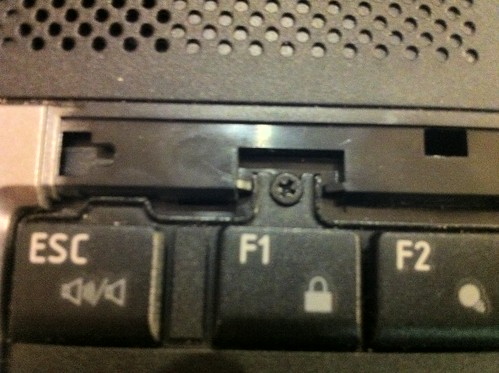 Gently lift the keyboard up as to not break the cable that is connected underneath. You should now see a cable which runs from the screen to the board under the keyboard, check to make sure this is pushed in fully. 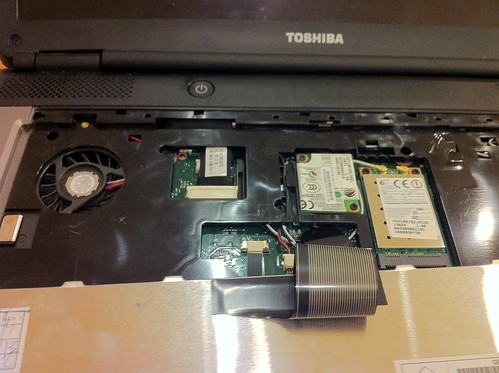 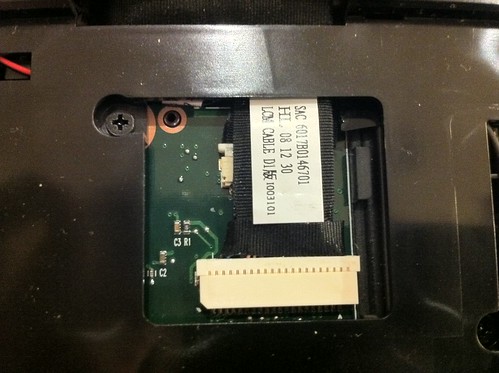 In my case, this was loose, so I simply pushed it back in, then put everything back together and powered on the laptop and it worked perfectly, no issues, the black screen was gone and I could see the video on screen again.

This was a simple solution, one I should have checked before taking the screens out, but it was also a case of process of elimination, and it paid off!

Hopefully this post helps someone who expierenced this problem too.