Tonight i am going to be ordering my first ever mac. I have always wanted to get one, but they are just so expensive that i didn’t have any surplus money to throw at one. Now though i can afford to get one. I have been working my ass off over Christmas with work and saved money.

Why am i waiting until later tonight to order? Simply because i a am waiting for my money transfer to go through onto my credit card, i deposited it into the band a few days ago and it should be in tonight, so that’s the only reason it has not been ordered it.

The mac that i am going for is the 13″ MacBook Pro, and they don’t come cheap. This MacBook costs €1,149 but since i am a student i am going to be getting a small discount, it’s not a massive amount considering the price tag but it is better than paying full price. The student price for this model is €1,080.53. 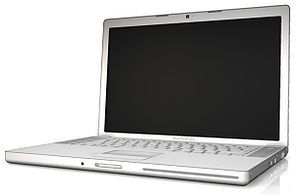 I would of liked to get a bigger version, the 15″ would have been nice, but to honest it is not worth the money, you get a slightly faster processor and a few other upgrades such as screen size, graphics card and storage space. It may seem like a lot but it’s not really, and i cannot justify spending an additional €600+ on it for those few changes.

Apple are so generous, did you know that? For me spending so much money they will through in free delivery 😮 Very generous, not really! For that price they should give me a bigger hard drive or something or throw in a mini-DisplayPort  to vga / dvi converter for free.

For a while i wasn’t sure if the 13″ would be big enough, but after seeing it on display in PC World i have decided it is a good size and it is also lightweight so is good for portability, which is what i am aiming for.

So once the mac comes it will be a huge learning curve, i have never used a mac for any prolonged length of time, this mac will be going with me everywhere so it will get a lot of use.  I also want to make an attempt at app development, most likely it will be the summer before that happens as i will be back at college in a little over a week and will simply have no time to learn any new languages.

I was considering upgrading the hard drive that comes with the MacBook Pro, it costs an extra €42.35 to go from 250gb to 320gb, a bit steep for only an extra 70gb. So i have decided not to do that and i will see how i go with storage and then down the line i will upgrade it to a bigger hard drive for a fraction of the price.

Once the MacBook pro arrives i am sure to put up a review of it.