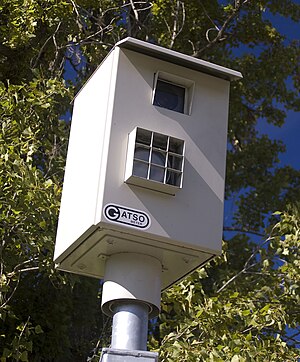 What’s your view when it comes to speed cameras? I think speed cameras in Ireland are a disgrace. They might as well not exist at all because there are so few of them! I know that recently a new initiative was set up to increase the amount of speed cameras across Ireland by deploying speed vans which will “randomly” pop up on roads.

First off I think this approach is ridiculous, if speed cameras are to be put on roads, they should come as a surprise to the toad users. At the moment you can actually go onto the Garda website and view a map of where all these new speed camera are, maybe not the exact location, but you are given a radius of where the vans will be, I think this is pointless. I think that all speed cameras should be more discrete, the Idea of then is to catch speeders not warn them of what part of the road to slow down on. I think if you aren’t warned then when you get caught you will think twice the next time. The more the person gets caught, the more it will sink in and if they still don’t recognise the fines and penalty points, then their license gets removed and that’s then off the road. By having the camera more discrete it will increase the amount of people caught and could eventually make the roads safer.

For example, I drive a fair distance to and from work, on the way up to work there are a grand total of 2 fixed cameras, and I have yet to see any speed vans on the way to work. On the way back from work I take a different route, taking the different route makes me pass a total of 0/none/zilch fixed speed cameras! That’s a disgrace, however every so often there is one speed van on a certain road. Everyone knows about this van and slows down in that area, once they pass it, they proceed to speed up again. So of this speed van is not their one day, the. I can go the whole way home without seeing a single van! That’s an hour and 15 minute journey for me, and not a single camera!

I think that if Ireland is to bother with speed cameras, they should be implemented the same way as England. You can’t go to far without seeing a speed camera, they are everywhere! It’s great, sure they might delay your trip, but to be honest, speeding doesn’t really get you that much further. You will eventually catch up with traffic and lose all the progress you made whilst the people you overtook will gradually catch up, apart from the distance the other thing that you are wasting is money, going they extra bit over the speed limit will cost you a fortune, especially the longer you speed.

I don’t mind sticking to the speed limits, that’s it! If anyone else has an opinion on this topic I would be interested in hearing about it! Let me know either here on my blog or twitter and Facebook!