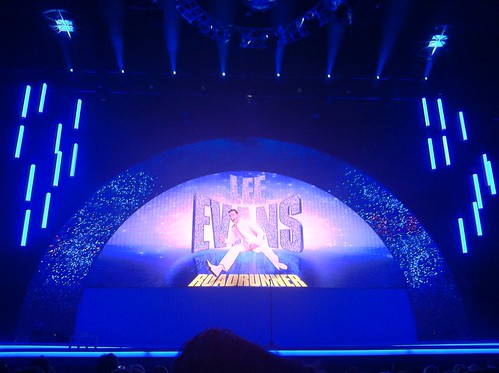 Role models is a film i had only partly seen in different stages, i had never sat down and watch the film the whole way through until just this week!

I was unsure if i had in fat seen the film at all, i was really enjoying the film and then i suddenly realised that i saw how the film ended! Nothing worse then knowing how a film will turn out before you watch it, but that only matters in more serious films, and Role Models is the complete opposite, it is genuinely a laugh out loud comedy, plenty of laughs, with some great actors that you would recognise from other films, including Seann William Scott, Paul Rudd and Christopher Mintz-Plasse. But this film also had and actor i find hilarious, Jane Lynch, she was in the Two and a Half Men show and the film Paul and more recently Glee (cant stand that show though!).

The plot of the film is two co-workers who end up getting in trouble and instead of having to spend time in jail end up becoming a sort of big brother / father figure for some kids who missed out in that kind of bonding, essentially they become role models for the kids. The film is funny & entertaining and is worth a watch if you are looking for a comedy.

Yesterday i was pushed for time, so much so that i didn’t have any time to get my usual Monday movie post up, this week i just have a quick post. Anyway, getting onto this weeks movie, i got the chance to watch Friends with Benefits. I hadn’t heard much about this film up until about a week ago, when i heard who was in it, Justin Timberlake and Mia Kunis i was interested in it, i like those actors and have noticed that Justin Timberlake seems to be really getting into acting a lot more these day.

Friends with Benefits is a romantic comedy, it starts out with two people who meet through a business deal who agree to simply as the title suggest, become friends with extra benefits. But as you will guess from the get go things will eventually get a bit more serious and they soon begin to fall for each other.

I really enjoyed this film, i like these sort of romantic comedies, here is the imdb outline with a trailer for it below!

While trying to avoid the clichés of Hollywood romantic comedies, Dylan and Jamie soon discover however that adding the act of sex to their friendship does lead to complications.

This week i got the chance to watch the movie ‘Bad Teacher’ i have seen a few ads recently about this film and thought it looked good.

This film is about a teacher called Elizabeth who hates her job and intends on leaving it for a rich man. The whole way through the film all she is interested in doing is finding someone who is loaded that she can sponge off of. She is also trying to find some way to fund her new boob job that she is looking to get and tries numerous ways to get the money including coning the education system in order to improve her kids class results.

The film is a bit slow to start but does get funny. It may not be for everyone, i found it funny but wouldn’t be by any means one of my favourites. It’s one of those films that you will watch once then maybe not for another while. If you are looking for a lighthearted comedy with a few laughs thrown in then this film would suit the build.

This film has a fairly decent cast including Phyllis Smith who you may know from the American version of the office, took me a while to figure out who she was. Jason Segel from how i met you mother, Cameron Diaz and Justin Timberlake are a few others who play some of the main roles in the film.

Apparently this film came out earlier this year around June in Ireland, i didn’t see it come into the cinema, not sure if it did or not. I wouldn’t be surprised if it didn’t come to my local cinema, like i mentioned before they tend not to bring a lot of films in, like the most recent Inbetweeners film. The films runtime is about an hour and a half, nice and short, not too long, here is the trailer below and the IMDB description of the film.

A comedy centered around a foul-mouthed, junior high teacher who, after being dumped by her sugar daddy, begins to woo a colleague — a move that pits her against a well-loved teacher.

Movie Monday – Rise of the Planet of the Apes 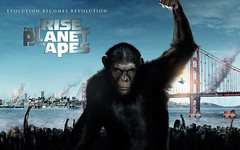 Over the past week i found myself once again in the cinema. This is becoming a very regular occurring for me it seems! Up until i started to talk about the films i have been watching here on my blog, i didn’t really go to the cinema too often, that was also partially contributed to the fact that there wasn’t too many decent / interesting films out at the time. But i feel more up to seeing films these days!

This week i went to the local cinema to see Rise of the Planet of the Apes, i managed to go at a bargain of a price, tickets were only €4 thanks to o2 (Irish Phone Network) and including my popcorn and drink it was a little under €10, i can’t remember the last time i spent so little in the cinema! For once i wasn’t broke leaving the place.

I had been really looking forward to seeing this film, i had seen a lot of preview trailers on TV, when going to see other movies in the cinema and of course through YouTube where a large campaign was setup with the popular YouTubers who go to see the behind the scenes stuff which helped create a lot of buzz around the film. So before going to see the film i had heard a lot of things about it, some people had good reviews, while other had other opinions.

As usual i like to form my own opinion of a film, you could tell me it was terrible, but i had intended on seeing it i would watch it anyway, no matter what the reviews were!

The plot of the film is fairly simple (probably going to have spoilers so skip this paragraph if you haven’t seen the film!), scientists are have been trying for years to try and find a cure for Alzheimer’s Disease, they think they have finally achieved a cure and were testing their treatment of Apes/Chimpanzees. Unknown to them the cure had other effects which not only led to a cure of Alzheimer’s but also improved peoples cognitive abilities, a chimpanzee happened to be the first user of the new Alzheimer’s drug and began to show rapid development and soon became smarter and smarter over time. Later this ‘super-intelligent’ chimp gets forced into a cage where other chimps & apes are being held and realises how different he is and sets out to set them free from the people who are keeping them captive and choose to rebel against the human race in order to gain their freedom.

I thought this was a brilliant film, really interesting to watch, the special effects used were brilliant, the effects i refer to are the fact that humans play the role of the apes and are then digitally made into apes on computers as opposed to simply making the apes fully on the computer. I feel that by using a bit of both it makes it more realistic with the movements etc.

There are a few great actors in this film, i am sure others are popular but i haven’t seen any films that i would recognise them from. The three i recognised are James Franco who played the likes of Harry Osborn in the Spiderman films, Tom Felton who played Draco Malfoy in the Harry Potter Series and John Lithgow who up until recently i only knew him for the role he played in the TV-Show Dexter which he acted brilliantly in, but i looked him up and realised he has been in a lot of popular films, one that i was surprised to see was that he played the voice of Lord Farquaad in Shrek! I would never of guessed it was him, i will have to listen out for him next time i watch those films.

Overall i really enjoyed this film, it’s something different i felt from other films i have watched, especially given that the main stars of the film are animals! If you haven’t already seen the film, i highly recommend this one, you won’t be disappointed! Again here is the trailer below!

And on another note, if this ever happened, we would be screwed!